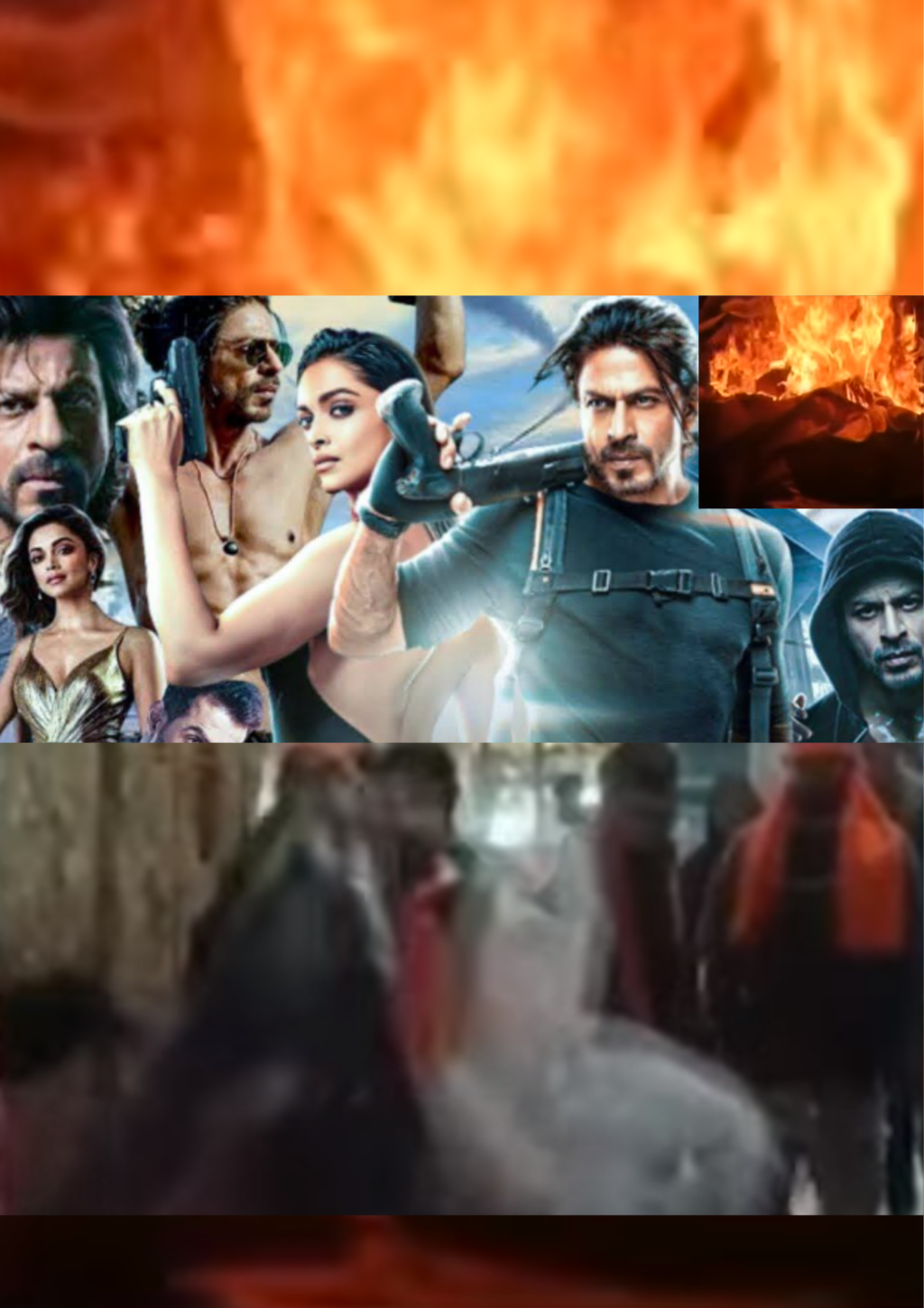 Protesters have torn up posters and burned Khan’s effigies, a petition has been filed in a court accusing the cast of hurting the feelings of the Hindu community, and the film has been accused of promoting nudity and obscenity. There have also been calls to ban the film unless the song is removed.

Abhorrent hashtags have become popular on social media, and persistent calls to boycott Pathaan have been made.

However, Khan and the filmmakers have focused on the film’s promotion rather than the controversies as the countdown to Pathaan’s release begins.

“Apni kursi ki peti bandh lo, Mausam bigadne wala hai [Fasten your seatbelts, the weather is about to get turbulent]” was repeated by Khan in Hindi during the Fifa World Cup by footballer Wayne Rooney and the actor.

Khan also went to Dubai earlier this week, where the trailer for Pathaan was projected on the Burj Khalifa’s facade in front of a large group of enthusiastic fans.

From the actor’s fame to the $30 million budget for the movie, There is a lot at stake with a £25 million budget, and some people have wondered if the negative publicity could affect the film’s success.

Chatterjee disagrees with this assessment.

He asserts, “Khan is not just an actor; he is also a brand, probably the biggest we’ve had in the country, and most definitely in Bollywood.”
Desperately Seeking Shah Rukh Khan, written by Shrayana Bhattacharya, says that the star’s fans will “never reduce him to religion or political calculations.” Because they haven’t seen him on screen, they will watch Pathaan the first day first show,” she continues.

However, there are those who wonder if Khan’s return to the big screen after four years is appropriate for the spy-thriller genre.

Khan became famous because he played a romantic hero who taught a generation about love’s language, erratic nature, and anxieties. Additionally, seeing him as an action hero may not appeal to women, who make up a significant portion of his fan base.
A few days ago, the actor stated that Pathaan “is a dream come true for me” because he had always wanted to be an action hero.

Chatterjee claims that the film has “some reservations” but is “a daring idea.”

He points out that the actor has tried out different roles and scripts over the years, such as in My Name is Khan, Chak de India, and Love You Zindagi.

He asserts that Khan is unmistakably “breaking the mold” with Pathaan.

“However, he can afford to do that at this point in his career. He is experimenting and has no fear. He won’t lose anything.”

One thing is certain, regardless of whether the wager is successful: “You don’t want to miss a Shah Rukh Khan movie,” he asserts.

Pathaan, starring Shah Rukh Khan, is one of the year’s most anticipated films. The film’s hype is only growing with each passing day as the release date approaches. According to the most recent reports, there is a huge response in Kolkata to the Pathaan advance bookings that have already begun. Within an hour of the beginning of bookings in Kolkata, more than half of the tickets were sold.
The online booking site for Pathaan crashes The advance booking process for Pathaan has already begun in important cities, and in Kolkata, there has been a significant response. According to reports, a 257-seater show in Kolkata sold out in less than ten minutes. Within an hour of the beginning of advance ticketing in Kolkata, more than half of the tickets had already been purchased. Following the overwhelming response the film received in international markets such as North America, Australia, New Zealand, and the Middle East, the decision was made to begin advance bookings in specific cities and theaters.